Once you get the keyboard bug, they seem to pile up. While I love my Atreus, it suffers from the same problem as most keyboards, where your hands have to angle in, causing you to round your shoulders. So I started looking for a split keyboard design that would help. I wanted something similar to the Atreus key layout, so I could have a similar keymap and re-use some of my muscle memory, and decided to build an Iris.

I ordered most of the components directly from keeb.io: PCBs, plates, microcontrollers (1 Pro Micro and 1 Elite C for USB-C), and TRRS cable. The key switches are Cherry Browns that were painstakingly desoldered from an old Ducky Zero keyboard (I don’t recommend this, some keys had issues and had to be replaced). The keycaps are mainly also from the Ducky, with some modifier keys that were leftover from a Preonic I got through Massdrop. Diodes from Mouser Electronics. 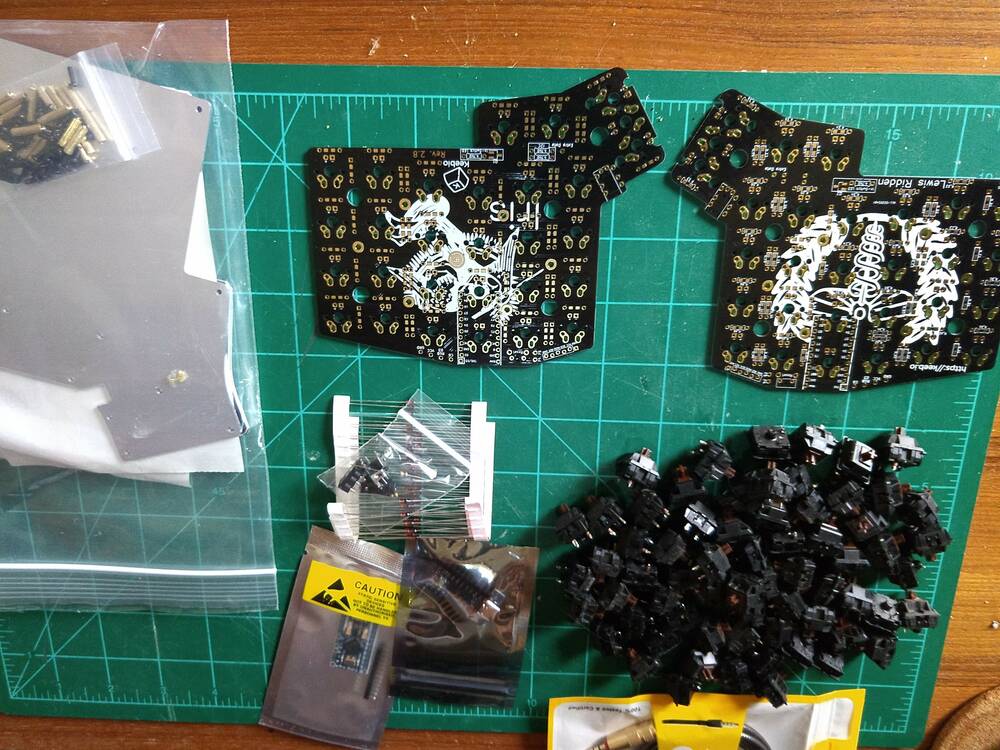 The keyboard went together well, the instructions were clear and thorough. I encountered a “small” problem after soldering the Pro Micro, while clipping the leads short, where I clipped a small bit of solder on one of the pins, that pulled a trace off with it! 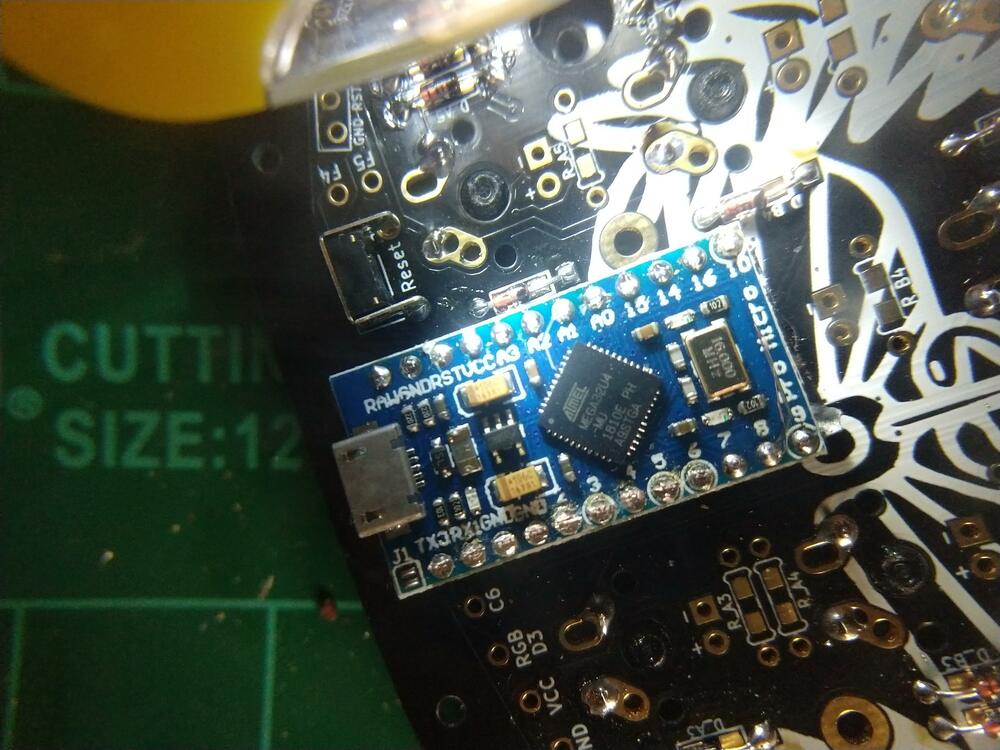 Thankfully the trace ran directly from a pin on the ATmega32u4, so in an extreme test of my soldering and placement abilities (which aren’t that great honestly), I was able to attach a bit of wire between the microcontroller pin and the Pro Micro pin. It took some careful cleaning up to remove any solder bridges, but it worked! 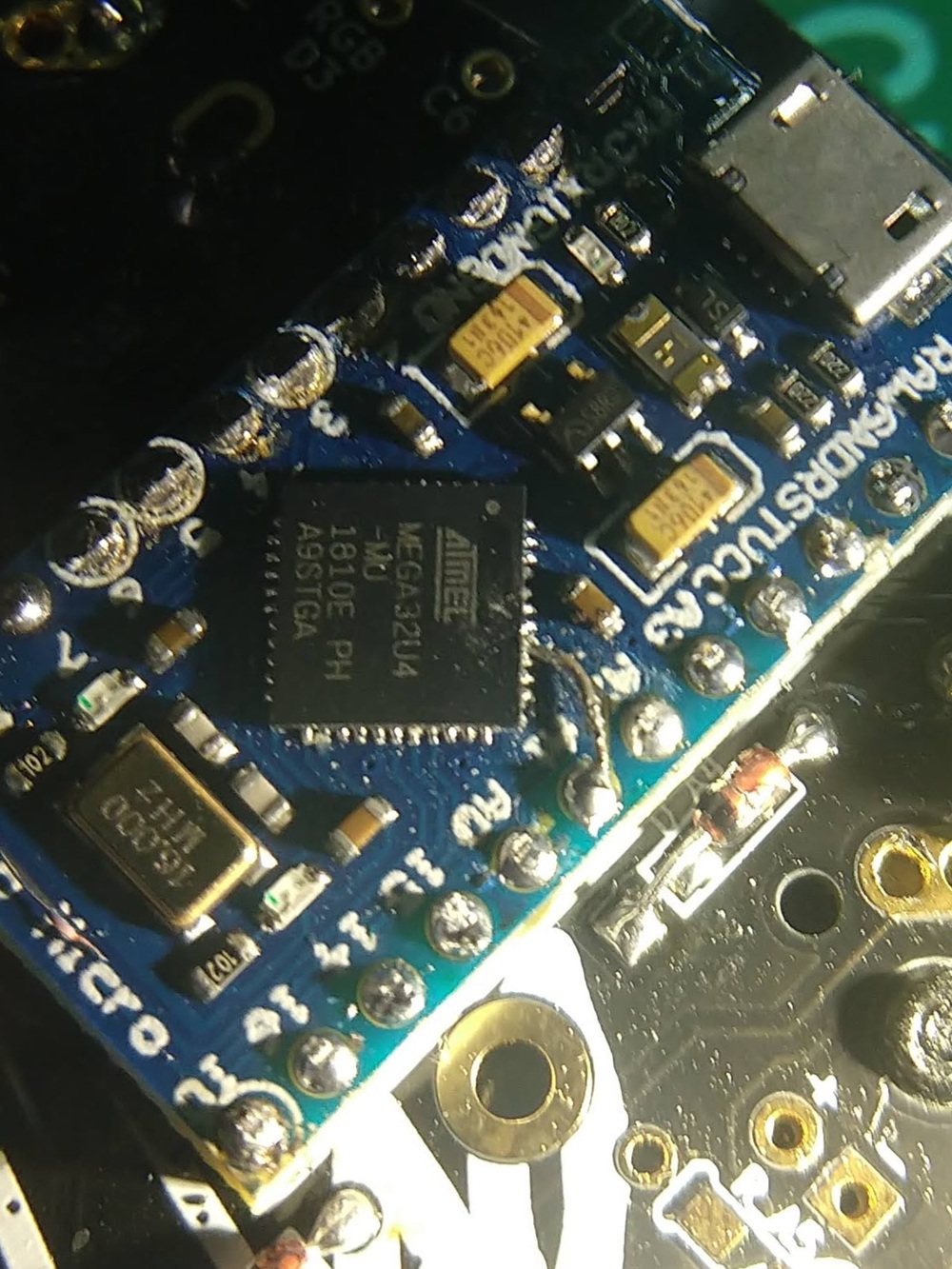 The Iris is a well-designed keyboard, and is less “extreme” for someone getting into ergonomic keyboards versus something like the Atreus. I wish I had bought new key switches, the re-used Browns don’t feel very good, and I had several issues requiring me to replace switches. I wish it had one more thumb key on each side, and find the second-row thumb keys not very useful. 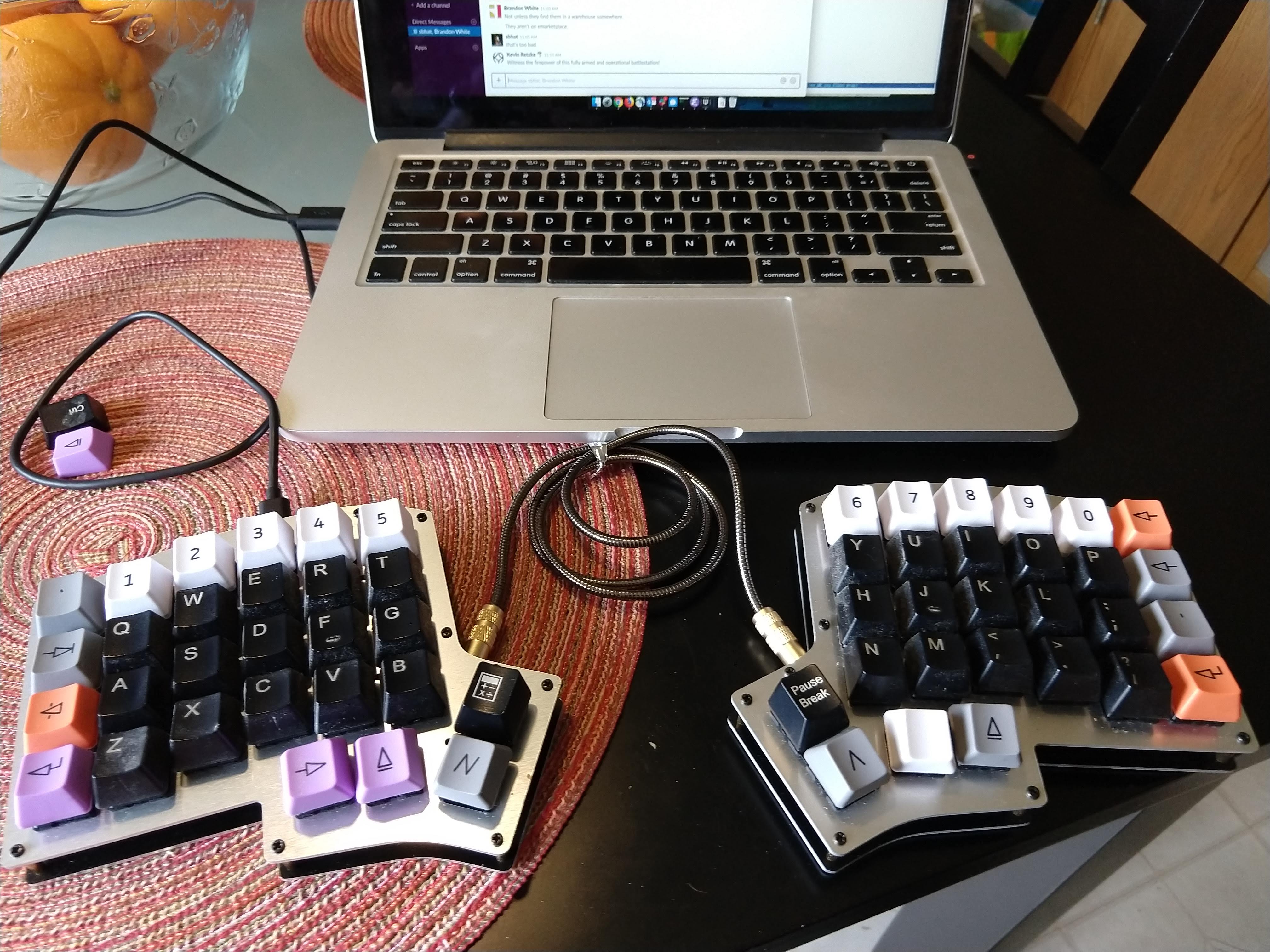